Difference between revisions of "Australian Commandos"

Since 1941, the Australian military has raised a range of special forces and special operations units, most notably the 1st and 2nd Commando Regiments.

M Special Unit, was part of the Services Reconnaissance Department, a joint Australian/New Zealand and British military intelligence reconnaissance unit, which saw action against the Japanese during World War II. Formed in 1943, as a successor to the Coastwatchers and unlike its counterpart, Z Force which was involved in a number of notable direct-action commando-style raids, M Special Unit's role was more clandestine focusing mainly upon gathering intelligence on Japanese shipping and troop movements by sending small teams behind enemy lines via infiltration by sea, air or land. M Force operated primarily in New Guinea and the Solomon Islands between 1943–1945 and was disbanded at the end of the war.

Z Force or the Services Reconnaissance Department (SRD), was a joint Allied special forces unit formed during WW2 to operate behind Japanese lines in Southeast Asia. Predominantly Australian, Z Force was a specialist reconnaissance and sabotage unit that included British, Dutch, New Zealand, Timorese and Indonesians, predominantly operating on Borneo and the islands of the former Netherlands East Indies.

The unit carried out a total of 81 covert operations in the South West Pacific theatre, with parties inserted by parachute or submarine to provide intelligence and conduct guerrilla warfare. The best-known of these missions were Operation Jaywick and Operation Rimau, both of which involved raids on Japanese shipping in Singapore Harbour,the latter of which resulted in the deaths of twenty-three commandos either in action or by execution after capture.

Although the unit was disbanded after the war, many of the training techniques and operational procedures employed were later used during the formation of other similar Australian Army "special forces" units and they remain a classic example of how to conduct guerrilla operations to this day.

Later during WW2, the Royal Australian Navy also formed a number of commando units. These units were used to go ashore with the first waves of major amphibious assaults, to mark out and sign post beaches and to carry out other naval tasks. These units were known as RAN Beach Commandos, and they took part in the Borneo campaign, being used in the landings at Tarakan, Balikpapan and Brunei and Labuan. 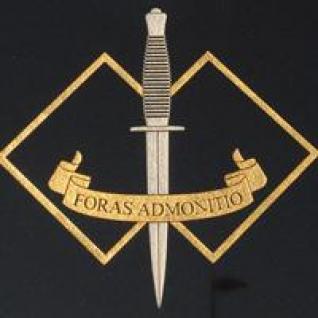 Formerly 4 Battallion Royal Australian Regiment, the Holsworthy based 2nd Commando Regiment finally become a regiment of its own in 2009 and is considered one of the best units by foreign forces.