Difference between revisions of "Kopassus" 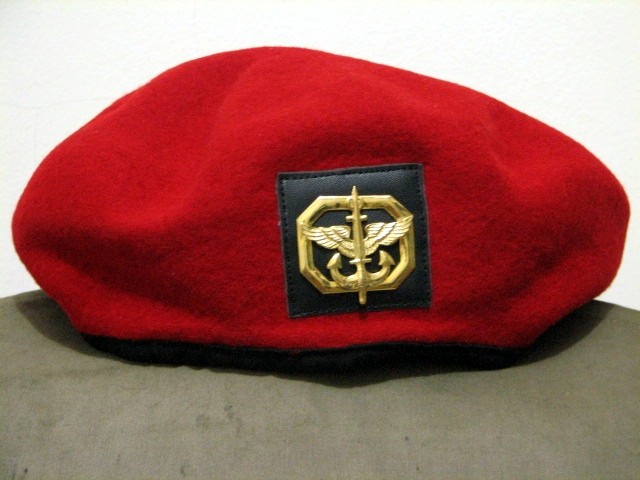 Kopassus (a portmanteau of "Komando Pasukan Khusus" or "Special Forces Command") is an Indonesian Army special forces group that conducts special operations missions for the Indonesian government, such as direct action, unconventional warfare, sabotage, counter-insurgency, counter-terrorism, and intelligence gathering. Kopassus was founded on April 16, 1952. It is gaining worldwide attention after the successful hostage release operation of Garuda Indonesia Flight 206.

The Special Forces quickly made their mark by spearheading some of the government's military campaigns: putting down regional rebellions in the late 1950s, the Western New Guinea campaign in 1961-1962, the confrontation with Malaysia from 1962–1966, the massacres of alleged communists in 1965, the East Timor invasion in 1975, and the subsequent campaigns against separatists throughout Indonesia.

Kopassus is alleged by external media and human rights-affiliated NGOs to have committed violations of human rights in East Timor, Aceh and Papua and the capital Jakarta. Notably in the Western press, published articles in mainstream media may include epithets such as "the notorious Kopassus".

The impetus for building this special force was provided from an experience of frustration when fighting against the troops of the RMS (Republik Maluku Selatan or Republic of the South Moluccas) forces, who were supported by two companies of Dutch Korps Speciale Troepen (KST). The Indonesians were amazed and hampered by KST's sniper ability and skills- which the Indonesian armed forces at the time did not possess. They were then inspired to build a similar force for Indonesia. However, at that time, there were no Indonesian commanders with necessary experience nor skills in special operations. However, Lieutenant Colonel Slamet Riyadi would not see his dream realized due to his death in a battle against the troops of the separatist RMS.

Not long after, Colonel Kawilarang with the use of military intelligence located and met with Major Rokus Bernardus Visser, a former member of the Dutch Special Forces who had remained a peaceful and law-abiding citizen in newly independent Indonesia, settled in West Java, married an Indonesian woman, and was known locally as Mohamad Idjon Djanbi. He was the first recruit for the Indonesian special forces, as well as its first commander. Due to him, the unit later to become Kopassus adopted the distinctive Red Beret similar to that of the Dutch Special Forces.

At that time, Indonesia's special force name was Third Territorial Command: Komando Teritorium Tiga (KTT). Kopassus was the final result of five name changes: KTT, KKAD, RPKAD, and Kopasandha. The first generation of this force was only around a hundred soldiers or one company, headquartered in Bandung.

As RPKAD (Resimen Para Komando Angkatan Darat), a name used in the 1960s, the paramilitary force was involved in the wide-spread killings during Gen. Suharto's rise to power. An estimated half-a million people were killed in the anti-communist purge with strong communal overtones.

RPKAD was involved in wiping out entire villages such as Kesiman (east of Denpasar) in Bali, many of them in beach areas which are major tourist resorts today.

The unit also saw action during the Indonesia-Malaysia Confrontation when in 1965, Indonesia launched a war for control of N Borneo (Sabah/Sarawak) during Malaysian independence, particularly in the Battle of Sungei Koemba.