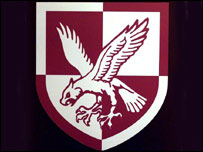 16 Air Assault Brigade is a new addition to the British Army. Formed from 5 Airborne Brigade and 24 Airmobile on the 1st September 1999. This brigade combines parachute and aviation abilities, and is unique in the British Army for doing so. This brigade brings the ability to rapidly open and seize vital areas early on in a war, securing them for other soldiers to garrison.

One of the newest additions to 16 Air Assault brigade is the Apache helicopter. This attack helicopter is a brilliant asset, as it provides massive air power to the troops on the ground.

Hopefully a good reason for the cnuts at the MOD to keep the parachute regiment around, then!