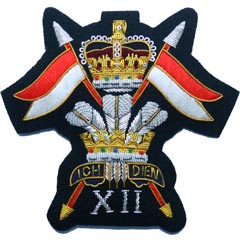 The three-quarter prancers. Much gnashing of teeth ensued following the revelation that the regiment was to be decimalised along with the other numbered cavalry regiments. The wind up was lost on many senior old & bold types.

Cavalry types tend to be the usual annoying officers. Cavalry officers and Septic officers are very similar, they are either fucking liabilities or extremely good. The only problem is that at first meeting it is impossible to tell which category they fall into.