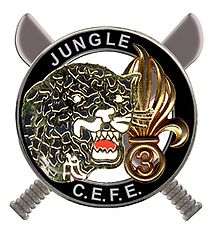 The Jungle Warfare Center was established in French Guyana on September 22, 1987 near Regina in French Guyana. The Jungle Training Center is attached to the Command and Support Company of the 3rd Foreign Infantry Regiment.