From ARRSEpedia
(Redirected from Re-enactment Walt)
Jump to: navigation, search

Generally perceived to be a sub-group of Walts, the status of the re-enactment walt should be decided by proximity to the modern day AND the eliteness of the unit being walted upon. Biggest walts at the top, smallest walts at the bottom so to speak. The lower the Walt Rating the better, as this becomes living history and is quite respectable - and actually quite interesting.

Feel free to add your favourite walt category into the scale... and think closely since each walt should be a bigger one than the one below. Example: is your favourite Korean period Royal Marine walt bigger than a Waffen SS walt? Is the Iranian Embassy Siege Airsoft Re-enactment Group's tableau too close for comfort?

This is the top end of waltdom and practitioners go to enormous lengths to attain total accuracy. Unfortunately, this only applies to their vehicles - the occupants of which are invariably beardy, overweight mongs who still live with their mothers... probably. Note to SAS walts. Desert DPM came out AFTER the Series III Pinkies were retired.

This cammo aint half crap

Anyone seen my iPod?

This can range from 'patrolling' the berlin wall, brixmis, norn iron and the falklands. Mostly made from people who never made it to the real thing and spend time buying camouflage from charity shops building their collection.

Outrageous walting from the sky. Fearless men who drink and lie. Men who don't mean what they say. The walting mongs of the Green Berets

This is becoming quite popular but still rates below the WW2 bunch on the league table. Invariably they've all read Chickenhawk and all the other Vietnam books and know the script to Beefburger Ridge backwards.

Predominantly 'German' and invariably Waffen SS, these guys are really off the scale (and planet). Some even dress their kids in HJ uniforms - and then drop them off at school (or rather schüle) in daddy's sturmgeschutz. They say it's 'living history'. Maybe so, but there is a disturbing undercurrent with an unsavoury element.

There are some Japanese re-enactors too, but it is believed to amount to just one sad cnut who needs Hiroshima re-enacting on his pathetic arse.

The good guys. Again, attention to detail is superb. You won't find GI Joe with a Casio watch. The Americans draw more 'recruits' due to their better kit, but there's a burgeoning interest in the British - predictably the airborne.

C'mon Charlie. Let's spend the weekend in a freezing trench

These guys are pretty much top draw. They probably know more about the British Army of the Great War than the blokes who were actually there. They are highly respected by veterans and their expertise has been used on many TV documentaries. They spend a lot of time in France and Belgium doing honour guards for remembrance parades and put some serious mileage in doing marches to raise money for charidee. Quality.

Imperial German re-enactors are somewhat just the opposite of the British ones but tend to see themselves as Kaisers with their Pickelhaubes. However, the dying breed of Austro-Hungarian re-enactors is basically a drinking club for modest fans of The Good Soldier Svejk and are slightly less walty.

I am most amused

You've got to love this lot. Quality non-walting at its finest. They even went to South Africa for a spot of Zulu baiting. Quite right too.

Y'know sir, I told 'em not to go hoorin'

Looking at the kit, it's quite frightening to realise that roughly the same time period had elapsed between Wellington's time and the Great War than has done between the Great War and today. This is NOT ancient history.

Like the Great War lot, this bunch don't just 'dress up', they live the era - right down to smallpox, rickets and workhouses for their errant wives and kids whilst they're off over the hills and far away for the weekend. Nothing walty about that.

Probably the first re-enactment genre to be... erm... re-enacted. This lot are nothing more than a beardy drinking club who like inflicting harm on each other with big sticks and swords. Heavy on the lifestyle too - like not washing and having no teeth. Mad, the lot of 'em and not 'technically' walts.

When they say they're 'gonna git medieval on yo ass', they actually mean it

Like the Sealed Knot and English Civil War Society crowd, this is just a drinking (or rather wassailing) club for people with an armour fetish. 'Egad, thou iseth a cnut and haft spylled mine pynte!' Crazy, but entertaining and no expense spared on the kit either. 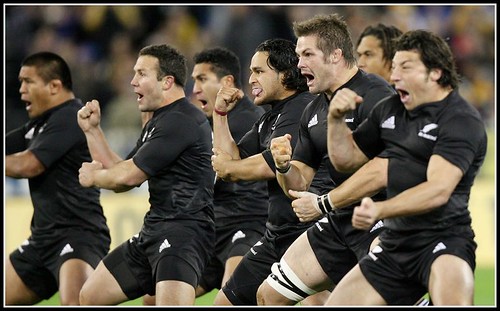 come and have a go if you think you're hard enough